Spider-Man: Homecoming – Based on the Movie

Ask anyone who watched Captain America: Civil War about the film’s highlights and they’ll almost always mention the new Spider-Man. Fans have been asking Marvel to take over the Spider-Man franchise for years, and now they’ve finally teamed up with Sony to bring us the web-slinging movie we needed. 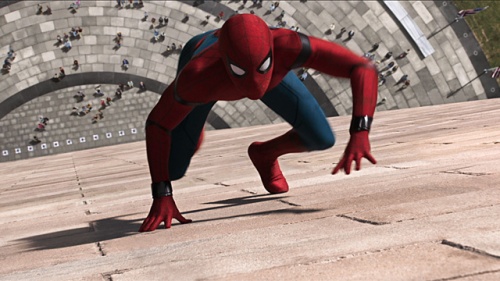 Spider-Man: Homecoming skips the all-too-familiar origin story but still shows us a Peter Parker fairly new to the whole hero thing, still young and struggling to balance school, social life, and saving the city. Peter, played by Tom Holland, has gotten a taste of the world-saving biz courtesy of the Avengers, and now all he wants is for the “Stark Internship” to lead to a full-time position with Earth’s Mightiest Heroes (comic fans will remember the many times Spidey almost joined the Avengers, but somehow never quite made the team). Instead, he spends his days waiting for school to let out, stopping bike thieves, and helping little old ladies across the street, all while Tony and bodyguard Happy Hogan blow him off.

But Spidey’s about to get his first real taste of crime-fighting as he discovers petty crooks in possession of high tech weapons. At the head of the weapons racket is Adrian Toomes, played by Michael Keaton, a contractor who was in charge of the cleanup from the first Avengers movie until Tony Stark and the U.S. Department of Damage Control steal the job out from under him. (Yep, once again all the Marvel Cinematic Universe’s problems go right back to Tony Stark.) Now he salvages tech from superhero battles and sells it on the black market. But those weapons are putting innocent people in danger, and Peter isn’t about to let that stand. Even if it means running out on dates or missing a school trip or two. 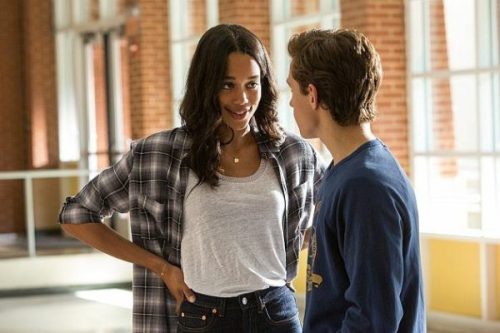 There’s so much to love about Homecoming, so let’s start with the hero himself. Peter has his share of challenges; he’s been given great power in the form of his spider abilities and his Stark Industries suit, but he’s still figuring out how to use them responsibly (or at all). He does his best, but he makes mistakes, like any teenager. And the movie seems to go out of its way to give him even more challenges, taking him out of the New York skyscrapers and plopping him down in the suburbs, or the Washington Mall, or on a plane, where his web-swinging skills aren’t as helpful as usual. The environment itself is as much an enemy as the Vulture or his goons.

But for all his problems, Peter’s character shines through. He genuinely wants to help people, leaving a fight to save innocent bystanders and even putting himself in harm’s way to save others, whether they’re friends or foes. We see him vulnerable in so many ways, and yet he overcomes that with determination and a lovably awkward version of the signature Spider-Man wit.

Toomes, meanwhile, is surprisingly sympathetic yet intimidating. You get where he’s coming from, that he’s doing all this to support and protect his family, that he’s a desperate man driven by his circumstances to do bad things. At the same time, though, you’re not going to want to grab coffee with the guy anytime soon; he has absolutely no problem killing anyone, even a kid like Peter, if his family’s at stake. When Peter and Toomes meet face-to-face for the first time, it’s genuinely scary for more reasons than you might guess.

Another standout character is Ned, Peter’s best friend. His main function is as comic relief sidekick, but his relationship with Peter is so strong and genuine that it really shines. Maybe I’m just haven’t seen it, but I don’t think movies today have nearly enough of these close male friendships, which made Homecoming even more refreshing.

The film has been compared to a John Hughes film, and it does have the same charm as those high school films of the 80s, with its humor and its honest look into the life of an American teenager. It even includes an homage to Ferris Bueller’s Day Off. But it also works as a comic book movie, with plenty of references to the MCU and to comic lore. I feel like I’ll be catching Easter eggs for many watch-throughs to come (I think I even caught a glimpse of Felicia Hardy/Black Cat in one shot, but that’s yet to be confirmed).

If I had to pick something to gripe about, I would have liked to see more of Aunt May and Michelle. Peter’s relationship with Aunt May has always been one of the most important parts of Peter’s story, and Michelle was such a well-written and interesting character that I wanted more with her. But I also remember movies like Spider-Man 3 and The Amazing Spider-Man 2 that tried to do too much in one film, so I’d much rather be left wanting more than feeling overcrowded.

Overall, Spider-Man Homecoming is a fun time with some great takeaways, and it’s one of the best Spider-Man films out there. If you’re a fan of Spidey, the MCU, or superheroes in general, check it out.

Spider-Man: Homecoming is owned by Marvel Studios and Sony Pictures.

By Jonathan King in Based on the Movie on July 8, 2017.
← Overanalysis: Don’t Be Batman