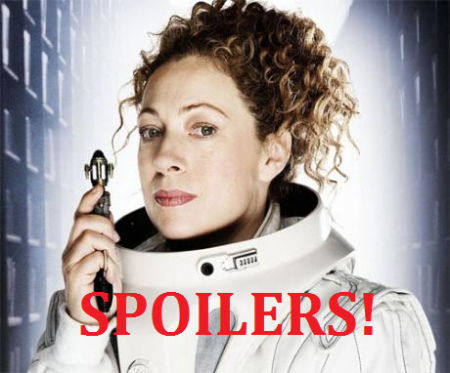 Steven Spielberg has helped to bring some of the greatest and most memorable films of our time to the screen, and in the process has also introduced us to a number of aliens.  From the friendly E.T. to the deadly Xenomorphs of Alien to the in-between-and-not-really-either-one alien from Super 8, Spielberg always seems to have another alien up his sleeves (I hesitate to bring up the interdimensional beings from Kingdom of the Crystal Skull for fear of being stoned through the Internet).  So when we see Close Encounters of the Third Kind, it can be tempting to think, “Oh, it’s another Spielberg alien movie” and watch it with that mindset.  But what if I told you the movie is not about aliens but rather about a religious conversion?

Roy Neary, the film’s protagonist, leads an ordinary life, trying to balance his work, his wife, and his children without losing his sanity.  It’s never stated, but the lack of satisfaction is almost palpable in his first few scenes; something is missing, and he knows it.  Then he has an encounter with something from beyond his world (a UFO), and it leaves him changed.  Not only is there a physical diffence (a sunburn-like redness), but there is also a mental change; Neary cannot stop thinking about his encounter or about the images and desires it has awakened in him.  No one seems to understand him: the establishment declares that UFOs cannot exist, even though it would be a comforting thought to know that someone else is out there, and Neary’s own family eventually leaves him, unable to cope with his obsession.  The only people who seem to believe him are obviously crazy and destroy any credibility his beliefs may have had with others.  But little Barry accepts the outside force (the aliens) with open arms, and therefore one of the first to come face to face with it.

Neary discovers that he has been called to a closer encounter, as have many others.  However, not all who are called make it to the mountain of meeting; some ignore the call, some give up before ever getting there, and some try, but find the way too difficult.  In the end, however, Neary, Jillian (Barry’s mother), and an organized group of specialists have a very close encounter with a presence beyond anything they can understand (on an unrelated note, having the humans and aliens communicate through music was a brilliant idea; among humans, music truly is the universal language).  But only Neary and a few others go all in, giving up their lives to devote themselves to a relationship with the new presence.

Since I am a Christian, I see this as a man encountering and following after Jesus.  However, since Spielberg was Jewish, it was more likely a conversion to Judaism he had in mind.  Or since aliens were involved, maybe the film represents a conversion to Scientology.  Actually, the great thing about this film is that no matter your religious background, the movie can apply to your journey.  Maybe that’s why it’s such an endearing classic, even after all these years.

Or maybe the movie-going public are just suckers for aliens.

By Jonathan King in Overanalysis on March 15, 2013.
← Based on the Trailer: Oz the Great and Powerful Nerd Poetry Corner: Dark Knight Lullaby →